Canon updated its entry-level DSLR stable only a year ago with the EOS Rebel T7 / EOS 2000D and EOS Rebel T100 / EOS 4000D, but neither model made much of an impression when we came to test them.

Canon updated its entry-level DSLR stable only a year ago with the EOS Rebel T7 / EOS 2000D and EOS Rebel T100 / EOS 4000D, but neither model made much of an impression when we came to test them.

We don’t expect a great deal from models priced this competitively, and their unremarkable feature set makes older, once-pricier-but-now-discounted DSLRs a better option for many.

But, while those two cameras are still the cheapest way into the expansive EOS DSLR system – at least without looking towards the secondhand market – this latest arrival gives users a few extra toys to play with, and a little more growing space. And with constant heat from affordable mirrorless cameras, that’s only a good thing.

Positioned between the EOS Rebel T6 / EOS 1300D and the more advanced EOS Rebel T7i / EOS 800D, the Rebel SL3, also known as the EOS 250D and EOS 200D II, updates the very capable EOS Rebel SL2 / EOS 200D that surfaced two years ago. Much of the Rebel SL3’s core feature set is familiar to us, but this is the first time we’re seeing 4K video on a DSLR this cheap from any manufacturer. So what else is new?

Like rival Nikon, Canon has now fitted many of its DSLRs with 24MP APS-C sensors, and the EOS Rebel SL3 is the latest recipient. This is believed to be the same sensor that starred in the previous Rebel SL2, and it arrives with a similar Dual Pixel CMOS AF system built into it.

This system uses pixels in the sensor to perform phase-detect AF, which is the way DSLRs normally focus when you use the viewfinder. By having this on the sensor, it allows the Rebel SL3 to focus quickly when using live view or when capturing videos – something we’ll be exploring in more depth later.

The camera is fitted with the same EF mount that has long served Canon’s EOS DSLRs, and this accepts both EF-S and EF lenses. Whichever type of optic you choose, the size of the camera’s sensor means your lens is subject to a 1.6x crop factor. So, the EF-S 18-55mm f/4-5.6 IS STM lens that’s the default kit option with the camera provides an effective focal length of around 29-88mm. Lenses with their own Image Stabilizer (I.S.) systems are particularly desirable here, given the lack of an equivalent sensor-based system inside the camera itself.

The camera can first bursts of images at a respectable 5fps, which is unchanged from the Rebel SL2, despite the presence of the newer DIGIC processing engine. This engine does, however, support 4K video capture to 24p, although there are a number of restrictions.

There are, for example, no other frame rates to choose from when capturing 4K footage. Videos are also subject to a crop factor, which means you lose a little of the wide-angle view of your lenses when you start recording, although this isn’t an issue when recording Full HD or Standard HD videos. You also can’t use the Dual Pixel CMOS AF system, unless you’re happy to knock resolution down to Full HD. (You can still use autofocus during 4K video recording, it just stands to be less fluid.)

Metering is handled by a separate 63-zone metering sensor when you’re using the viewfinder to compose your images, and this provides the customary evaluative, partial, spot and center-weighted average quartet of options. Those same patterns are available when using live view, although here metering is performed off the main imaging sensor, with a maximum 384 separate zones used.

Picture Styles, meanwhile, allow the user to tailor the color, sharpness, contrast and other parameters to the scene being captured. You can stick with the default Auto mode if you want to the camera to make all these decisions, although options such as Portrait, Landscape, Neutral and Monochrome can be easily called upon should you want a specific look and feel for your images.

Wi-Fi and Bluetooth, both of which were present on the EOS Rebel SL2, are on board, although that camera’s NFC functionality has been dropped for this new model. Some other smaller features make their DSLR debut here, though, such as the Smooth Skin mode that aims to give subjects a more flattering complexion. 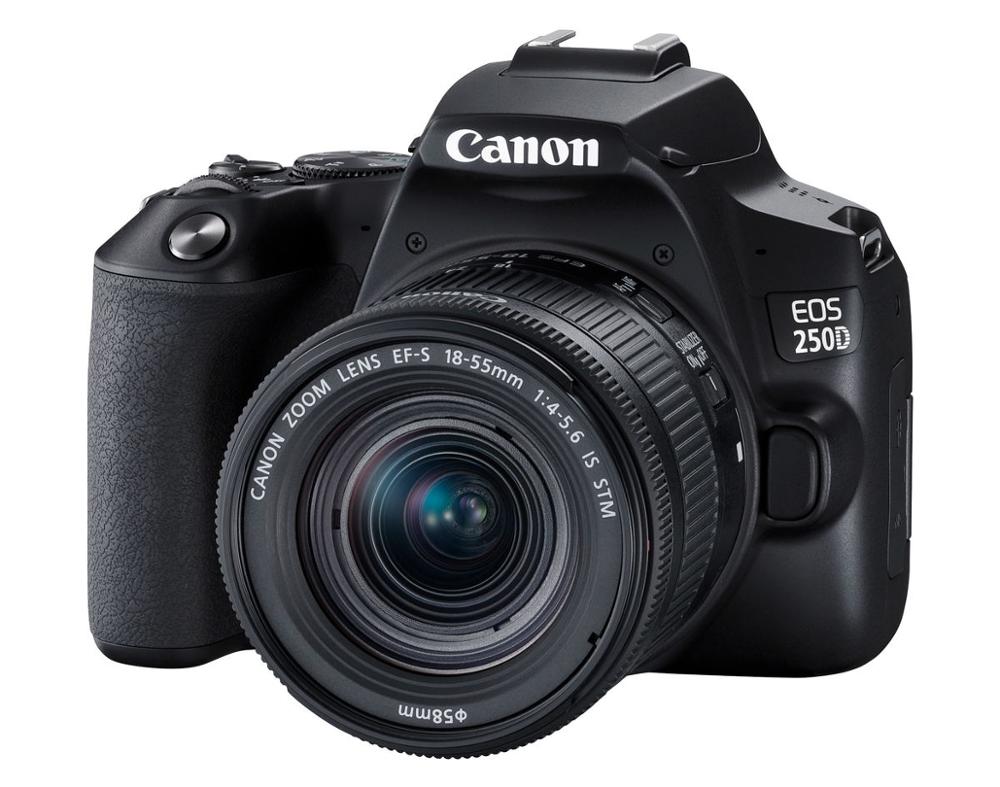 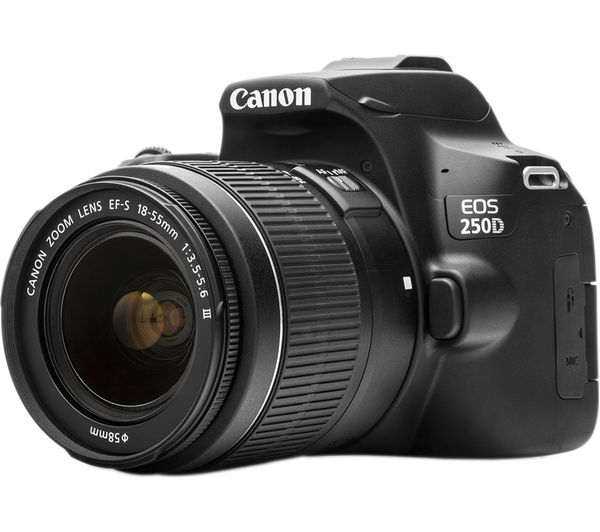 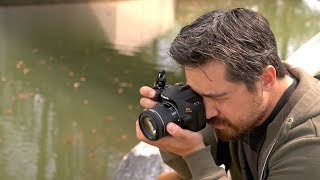 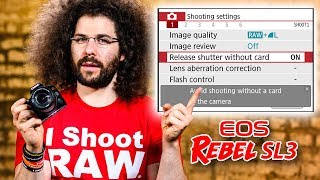