EOS Rebel T100 (known as the EOS 4000D outside the US) is Canon’s latest stripped-back entry-level DSLR, and while the naming convention may suggest otherwise it sits below the also-new EOS Rebel T7 / EOS 2000D in Canon’s range.

The EOS Rebel T100 (known as the EOS 4000D outside the US) is Canon’s latest stripped-back entry-level DSLR, and while the naming convention may suggest otherwise it sits below the also-new EOS Rebel T7 / EOS 2000D in Canon’s range.

Until now, the EOS model line designated by four digits (in all regions other than the US, where we’ve had the Rebel XS, T3, T5 and T6) has been Canon’s no-frills entry-level DSLR. Until recently the 2000D held that dubious honor, but Canon obviously thinks there’s room for another camera that trims the fat even more, and – confusing nomenclature aside – the EOS Rebel T100 / EOS 4000D is the result.

Canon hopes the aggressively priced EOS Rebel T100 / EOS 4000D will appeal to new users who have been drawn into photography via their smartphones, and are now ready to make the next step.

However, those new users have become accustomed to large and intuitive touchscreen displays, and, significantly, Canon hasn’t seen fit to include one on the EOS Rebel T100 / EOS 4000D – so will it feel like a step backwards rather than forwards?

It’s a similar story with the DIGIC 4+ image processor used in both the EOS Rebel T100 / EOS 4000D and EOS 2000D. To put it in perspective, we’re now onto the eighth iteration of Canon’s DIGIC processor, although the latest EOS DSLRs are using DIGIC 7 chips. Native sensitivity remains the same at ISO100-6,400, expandable up to 12,800.

The autofocus system is also pretty dated – it’s the modest 9-point system that has been in Canon’s arsenal since 2009. And while pretty much every DSLR in the last five years or so has featured a 3.0-inch rear display, Canon has actually shrunk the LCD on the EOS 4000D down to 2.7 inches, with the resolution also taking a tumble, down to 230k dots. And don’t even think about touchscreen control.

The optical viewfinder delivers 95% coverage, which is pretty typical on a entry-level DSLR – so, as we always warn, it’s worth paying particular attention to the edges of the frame when reviewing your images, as there’s a chance you’ll find unwanted elements creeping into you shots. 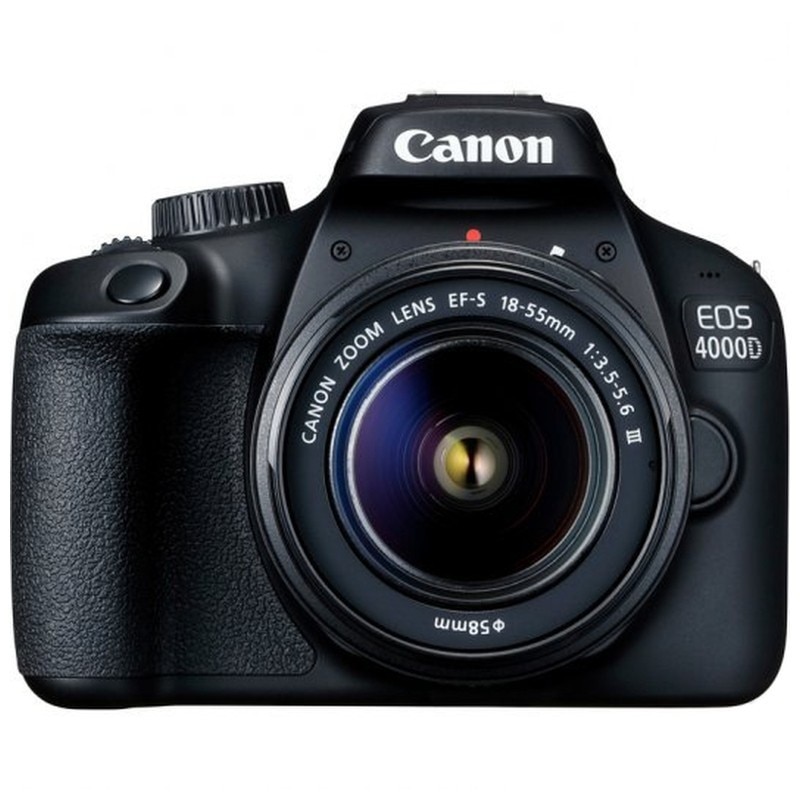 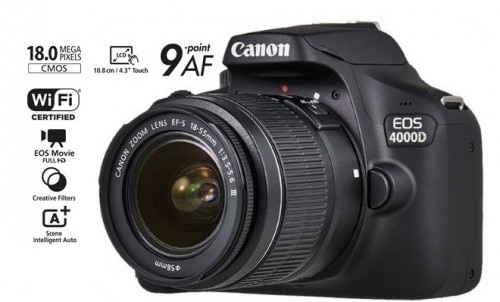 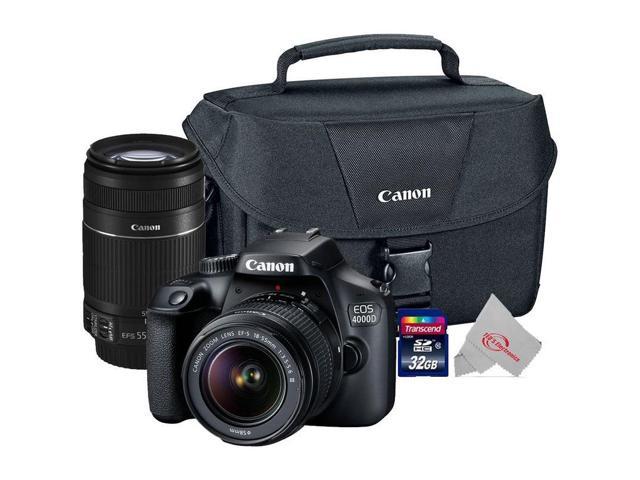 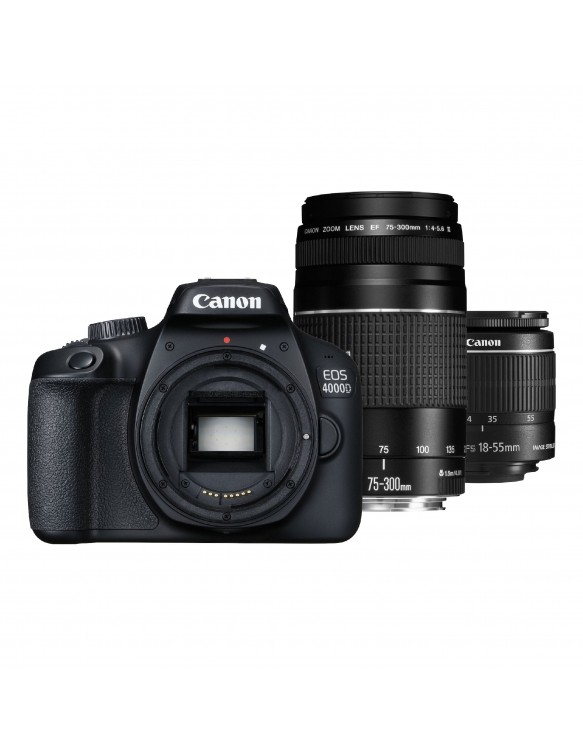 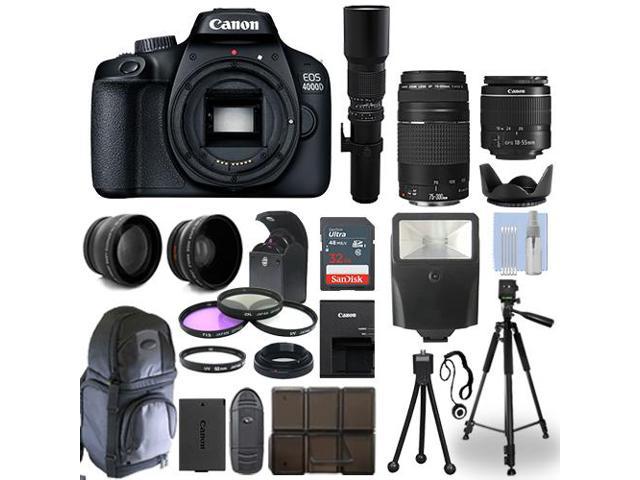 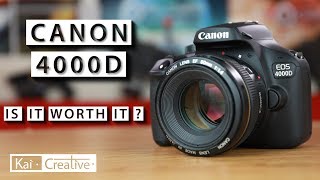 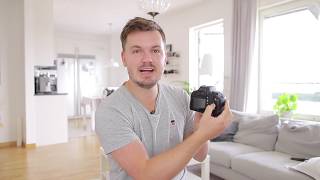