Canon EOS 7D’s autofocus system is widely respected, but the 7D Mark II improves upon it with a 65-point system, with all those points being the more sensitive cross-type. In addition, the central point is a dual-cross type at f/2.8 and sensitive down to f/8, which is very useful for photographers who want to use an extender with their telephoto lenses.

Although the new camera has a 20.2MP sensor like the Canon EOS 70D, we are told that it is a new design. The micro lenses have also been redesigned for improved efficiency (i.e. light transmission) and this should contribute to an improvement in image quality at higher ISOs. The camera features a native sensitivity range of ISO 100-16,000 with expansion settings taking it up to ISO 51,200. That’s the highest non-expansion setting in any Canon APS-C format DSLR.

The Canon EOS 7D’s autofocus system is widely respected, but the 7D Mark II improves upon it with a 65-point system, with all those points being the more sensitive cross-type. In addition, the central point is a dual-cross type at f/2.8 and sensitive down to f/8, which is very useful for photographers who want to use an extender with their telephoto lenses. The central point is also claimed to function down to -3EV (moonlight).

Canon has given the new camera the same EOS iTR AF and AI Servo AF III autofocus technologies as the Canon EOS-1Dx and Canon 5D Mark III. These give the photographer a selection of six shooting scenarios to tailor the AF system so it has the best chance of keeping a moving subject sharp.

Exposure is handled by a new 150,000-pixel RGB and infrared sensor – that’s better than the Canon EOS-1D X, which has a 100,000-pixel sensor divided into 252 zones. As a result, the 7D Mark II is likely to respond differently to the original EOS 7D in some situations.

Using the Dual Pixel AF technology first seen in Canon 70D, the EOS 7D Mark II’s sensor has pixels that can be used for phase detection focusing (Dual Pixel AF) in Live View and Video mode. This enables smoother, faster focusing than contrast detection alone. Unlike the 70D, however, the speed at which the focusing occurs can be varied to allow for slower, more cinematic adjustments in video mode.

Further good news for keen videographers is that Full HD video can be recorded in Mov or MP4 format at up to 60p in NTSC mode or 50p in PAL. There’s an HDMI port that can provide a clean uncompressed (4:2:2) feed to external recorders and there are ports to connect both a microphone and a headphone for better sound recording and monitoring.

On the back of the camera is a 3-inch 1,040,000-dot LCD screen which can be used for composing Movies or images in Live View mode. Naturally, given that the 7D Mark II is an SLR, there’s also an optical viewfinder. This shows 100% of the field of view and is capable of displaying key information such as the drive mode when the appropriate control is used to make an adjustment. There’s also an electronic level visible at the top of the viewfinder which works independently of the AF points.

To help deal with the inconsistent exposure that can trouble images taken under fluorescent lights, Canon has included a Flicker detection option that when selected changes the shutter lag for more consistent exposure.

Canon has given the EOS 7D Mark II dual card slots: one can accept SD/SDHC/SDXC media while the other is compatible with CompactFlash (CF) cards.

Other specification highlights include an intervalometer for shooting time-lapse sequences and the like (it has the same functionality as Canon’s TC-80N3 Timer Remote Controller), multiple exposure mode, a built-in compass and GPS technology comparable with the Canon GP-E2 GPS Receiver to enable geotagging of images.

It’s also nice to see the advanced HDR capability of the EOS 5D Mark III, as this allows you to record a sequence of three raw files as well as the composite JPEG image that is created in-camera.

One disappointment, however, is that the EOS 7D Mark II doesn’t have Wi-Fi connectivity built-in. This is a shame as it would allow photographers to control the camera remotely via Canon’s smartphone app. It seems odd that this is missing from Canon’s top-end, enthusiast-level APS-C format camera when the full-frame Canon EOS 6D, which is aimed at a similar audience, has it. A representative from Canon Europe told me that it has ben omitted because the metal body of the camera may compromise Wi-Fi performance. Those wishing to transfer images wirelessly will have to purchase the Canon WFT-E7B Wireless Transmitter.

The new camera takes a new, higher capacity variety of the LP-E6 battery that the EOS 7D takes; helpfully, this is backwards compatible. 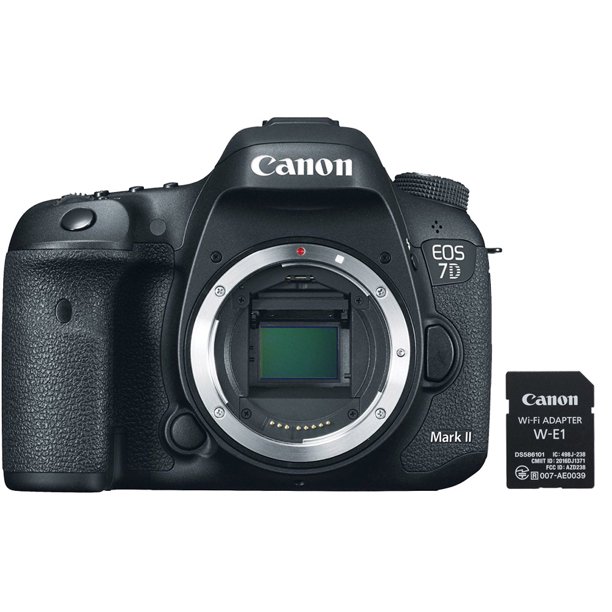 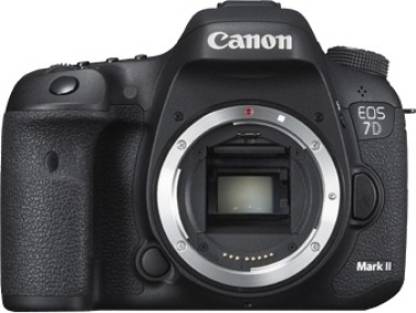 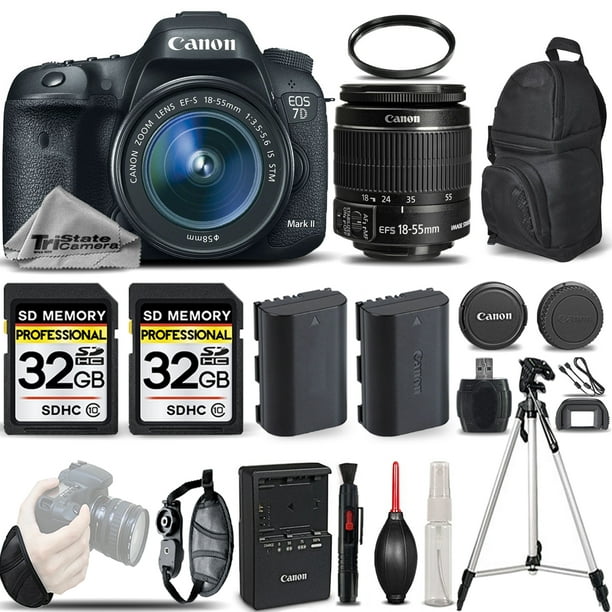 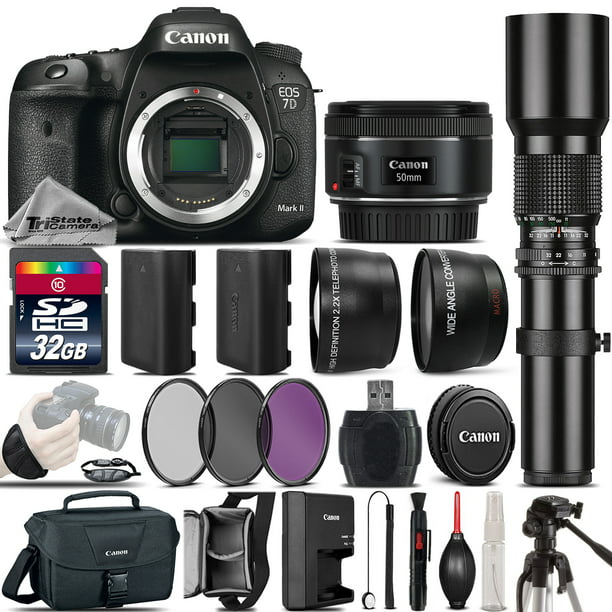 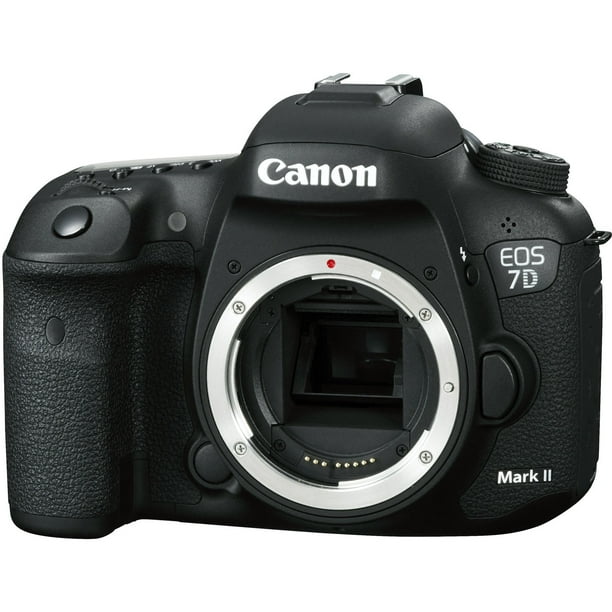 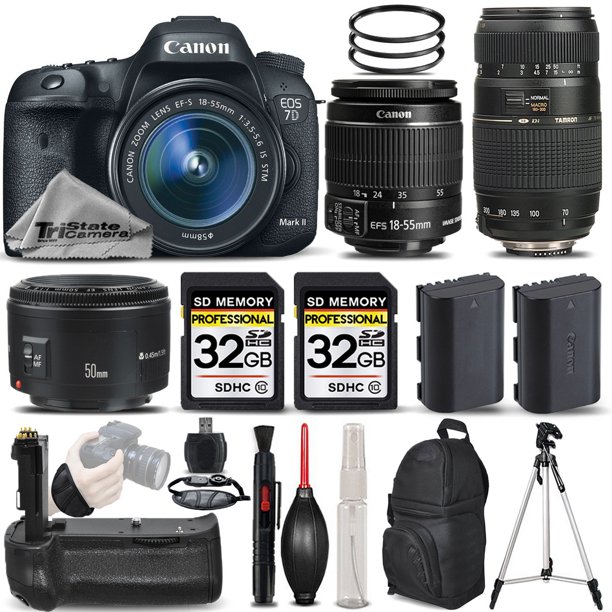 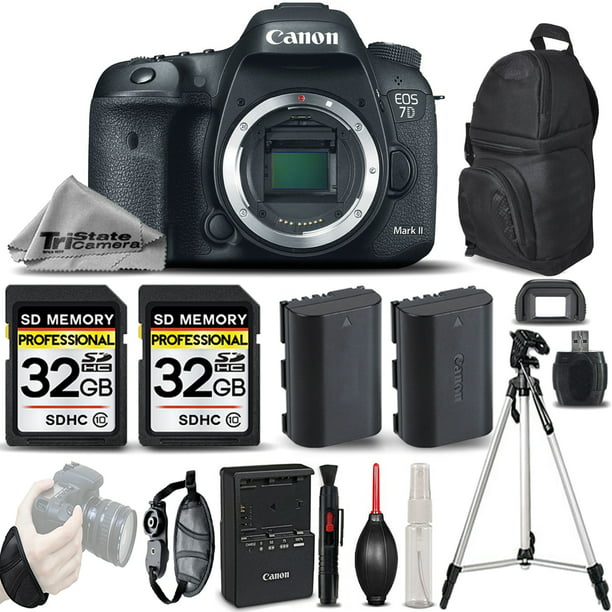 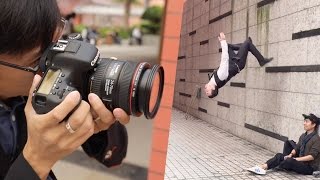 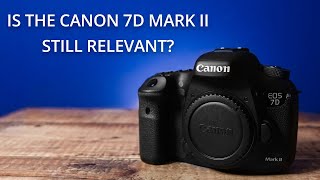